The Spo​tlight Film Awards is dedicated to promoting experienced and new filmmakers through a unique and important international film competition. We are searching the globe for the best films on Earth to spotlight and support.

The Spotlight Film Awards values each film based upon it's artistic merit alone. Each year, we search the world for some of the most unforgettable films, and we are so honored to present the top independent films of the year.

We publicize our award-winning films through various websites, press releases, social media posts and email campaigns to industry leaders, film festival organizers, and more. Our award-winning filmmakers get the recognition they deserve, and can have a better success rate on the sometimes arduous journey through the festival circuit.

Our organization is composed of industry professionals: filmmakers, independent film consultants, film festival organizers,  festival programmers and judges who have been in the business nearly 20 years, and share a passion for independent film.  Our team  has evaluated and judged more than 25,000 independent films from directors and producers just like you. Many of the films were spectacular, and some needed a little tweaking, but they were all magically created with the unwavering spirit of the true independent filmmaker.

The Spotlight Film Awards is a must for filmmakers who are searching for someone who can give their short films the undivided attention they deserve. We can now shine the spotlight on an unlimited amount of talented filmmakers from around the world, and celebrate the art and beauty of filmmaking.

Filmmakers with short films of all genres are encouraged to enter the Spotlight Film Awards.

Gold Awards: celebrate incredible films with the second highest scores from our panel. The highest rated Gold Award winning films will screen in January at the Spotlight Film Awards.

Silver Awards: awarded to unforgettable films with the third highest scores from our panel.

achievement with the fourth highest scores from our panel.​

No Award: Films not receiving an award will be given important and honest feedback from our organization upon request. We know the amount of hard-work it takes to make independent films. This feedback could be essential in getting your film out there for the world to see.

Awards will be announced in December with the top award-winning films screening in January.

A personalized Certificate of Excellence in Filmmaking announcing your award.

Social Media posts, press releases and emails to our extensive database of industry professionals with announcements of your award.

Links from our website to your film website, film trailer, and / or sales of your film online.

Platinum Award Winners will be screened in competition in January. Winners for the best of the year will receive a personalized crystal trophy to celebrate their win.

Michael is a director, producer, writer and actor. Films include ANOTHER HAPPY DAY, which won the Waldo Salt Award for Best Screenplay at the 27th Sundance Film Festival, and the Award-Winning DENNIS DOESN'T LIVE HERE ANYMORE. Find out more....

Ellen Gerstein is an accomplished

director, writer, actress and member of the Alliance of Women Directors. She produced, starred in, directed, and even wrote an original song for  the Award-Winning COME AWAY WITH ME... 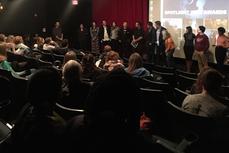 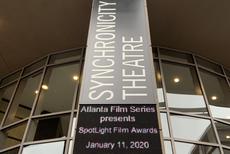 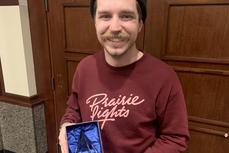 WHAT THE FILMMAKERS SAY: 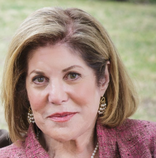 Award Winning filmmakers in the spotlight

Welcome to the Spotlight 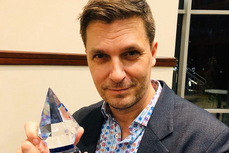 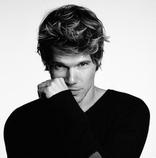 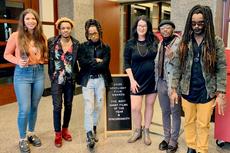 best and most unifying qualities of humankind - expression of feelings through art.

Your support and encouragement means a lot to me!!  Much appreciated.

Now no matter what, I'll always be able to look back on this and say, someone believed I could do it too, so press on!!

It is just  brilliant to receive this award and it goes to reward all the hard work put in from the cast and crew. I cant believe it, I am overjoyed with this achievement. This award has only given me the belief that I can go on and make another film

Film is my passion and I hope someday I can live doing this as a fulltime work. That's the importance of this and other awards. I needed them to believe that a change in my life could be possible. Now, I have to find the way to become a fulltime filmaker in spite of the economic and social barriers I have here in Costa Rica. Thanks again for help me to believe that this is possible.

Simply put: I am knocked out and speechless that you and the Spotlight Short Film Awards jury have bestowed us with a Platinum Award! What an incredible honor.

Thank you so much for the award, an utterly wonderful surprise

Thank you for including our film and awarding it with a gold award. This was a very unexpected surprise and we're very appreciative of the recognition.

Wow, thank you so much! This is super exciting and I'm pumped to be alongside so many great films/makers.

My biggest thanks to you and to your committee for selecting my film as a Silver Award winner! This is truly an unexpected honor.

Thank you so much for the honor! We are very thrilled and will share this good news with the original creators in Japan.

I am completely honored to have been given a silver medal by the Spotlight Short Film Awards. The fact that you are doing this,  giving independent short filmmakers a place to have their art shared, is extremely generous.  It's encouraging to the artists as well.

Thank you for reaching out, I'm flattered by your kind words and thankful for being considered for the Spotlight Film Awards. I'm excited to share any future work with you and your team.

Thank you so much for this honour!  I was really excited to hear that I was chosen to receive this award, It means a lot!

I'm so honored! Thanks so much for watching the film and the kind words

I don't have the words to thank you. But Thank You! This means so much to me.

Your support and encouragement means a lot to me!!  Much appreciated.